Autism Spectrum Disorder (ASD) is defined as a group of multifaceted neurodevelopment disabilities characterized by social, behavioral and communication challenges.

This condition is characterized by communication difficulties, social impairment and repetitive and stereotyped behavioral patterns. It is a spectrum condition because while all people affected with autism share some similar difficulties, the level of condition affects them in different ways. Symptoms of and treatments for ASD vary widely. ASD may sometimes go unrecognized especially in mildly affected children.

What are typical signs of Autism?

Symptoms of Autism are usually first noticed at around ages 2-3. Some associated development delays can appear even earlier, and often, it can be diagnosed as early as 18 months. Research shows that early intervention with ABA therapy can lead to very successful outcomes later in life. If you have concerns or see signs in your child, contact us to talk with one of our clinicians.

Read more about ABA Therapy as a treatment for autism. We are here to help.

How far have they come?
How far will they go?

Let’s see the world in an extraordinary way – together!

You can always reach us – we are completely dedicated to your child’s journey through ABA therapy.

Learn About Getting Started

Helping your child develop independence and grow into adulthood is what we do at Kaleidoscope ABA.

Helping your child develop independence and grow into adulthood is our whole life.

We strive to provide both individual and community support to your family through advocacy, offering free parent support groups and by connecting you with resources beyond our own organization.
You will find strength through our local and national network of individuals and families that are part of the Kaleidoscope family and embody the Kaleidoscope ABA Way. 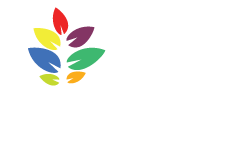